November:
For Cam's birthday, we went zip lining in the Santa Cruz redwoods with a group of old work friends of mine. Rani came along to watch the kids. Cam worked hard to conquer his fear of heights and managed to get through it all. I even felt my stomach in my throat when we reached the first tree platform 150 feet in the air! Afterward, we ate at a great restaurant where the wait staff put on little song and dance shows on a small stage.

December:
We celebrated Christmas and New Year's at home, just the 4 of us. Ryan got a train table and a "balance bike". Reagan got lots of miscellaneous pink stuff - a princess scarf, fairy wings and wand, shoes, tinkerbell dress .. that's all I can remember since it was 8 months ago! 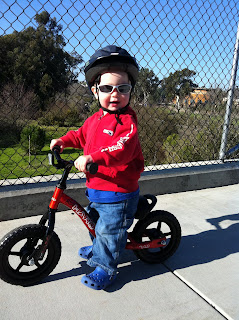 January:
The kids and I visited Peoria while Cam was stuck working "turn-around" at work. We had a great time seeing everyone, both mine and Cam's families plus friends; Heidi and Hanna, Morgan and kids. We missed Rikki and fam because of their strep throat :( No snow until the day we had to go to the airport. Reagan was bummed about that, but got an hour to play in it before we left.

All the kids enjoying my Grandma and Mom's Holiday dinner ... the best food ever! 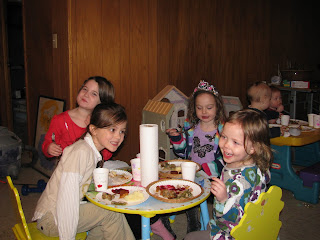 From left: my Dad, Mom, Grandpa, Grandma, Reagan, Me and Ryan 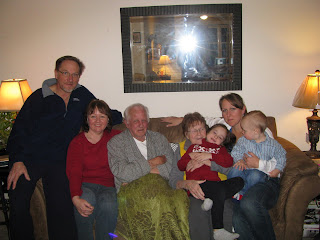 Playing at the Wicklow's 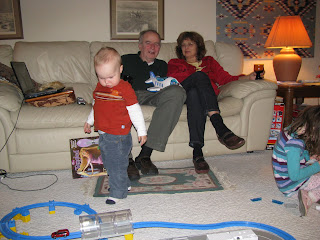 Grandpa Don, the (pretend) snack snatcher (to see what Ryan would do) :-) 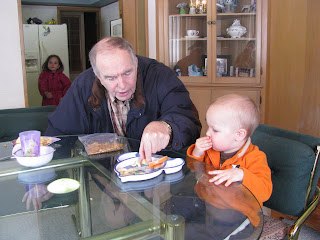 February:
In early February, we met Uncle Danny, Aunt Bethany and some of their friends in Tahoe (again with Cam stuck at work) and Reagan skied for the first time! Ryan tried the skis on too, but that didn't last long. It was gorgeous weather! Also, on Feb 27th, Ryan turned 2! 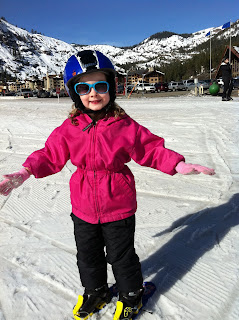 Here's a video of her skiing:

March:
First weekend of March, we went to Tahoe with friends (2 other families). Reagan rode in a chairlift for the first time! The Dads made a great sledding hill out of the plowed mound of snow outside our cabin door. The big kids loved it. Ryan loved the snow tunnel Cam dug for him. 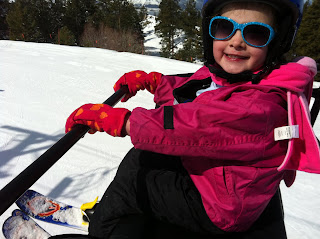 Then March 16, the leg break. Poor Ryan.. he simply tried to straddle a foam roller and it rolled away with his foot stuck on top and his legs were pulled apart and twisted causing a spiral fracture in his left femur. After an x-ray and multi-hour ER visit to get it splinted, we spent 5 tedious days at home moving him as little as possible until casting day.
Ryan getting casted 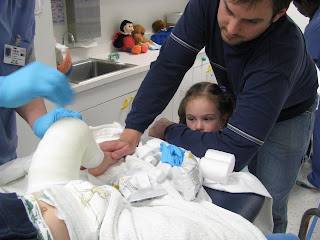 We tried to keep him entertained before the cast. He was sad and angry a lot at first, it sucked!

April:
Reagan turned 5 on April 13! She had a gymnastics party and loved it. Ryan had gotten to be a pro with his cast by this time, scooting all over the place as if he'd always had a bum leg. The cast was purposely done with a right angle to prevent him from trying to walk on it, so scooting around was his only option.

Here's a video of Ryan scooting at her gymnastics party:
Posted by Camelot Blog at 2:43 PM

Email ThisBlogThis!Share to TwitterShare to FacebookShare to Pinterest
Labels: miscellaneous