I went to get Reagan after her nap the other day and as I'm entering the room she says,

"I have poopies, Sweetie!"

Um, did you just call me Sweetie?
Posted by Camelot Blog at 10:31 PM No comments:

A week after Reagan's birthday, we spent a 4-day weekend in Tahoe with Grandpa Martin and Uncle Steven, who found some cheap flights to Reno and snatched them up for a last minute spring ski trip. It was really great weather and we stayed in a great rental condo from a friend of a friend (love my "Mom's Club" connections) for a really good deal.

The first day, Cameron, my Dad, and Steven skied Squaw while I took Reagan up to High Camp for some swimming (which ended up being hot tubbing since it was too windy to brave the pool). 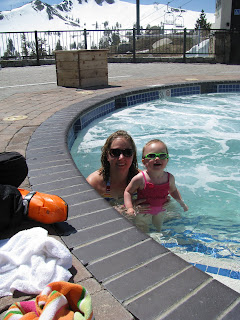 After our brief hot tub soak, we met the skiers for lunch and we were gonna head back to the condo for her nap until I found out they carried toddler sized skates at the skating rink ... too cute! If I skated her between my legs, she got a little nervous and wanted to be picked up, but after being held and seeing everyone else skating around like it was no more difficult than walking, she insisted on doing it herself. We went back and forth like this for the whole 20-30 minutes we skated, then headed back down the gondola and back to the "hotel house". 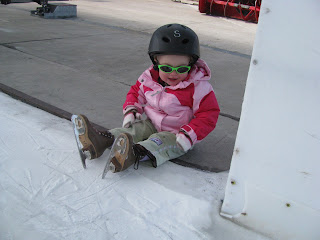 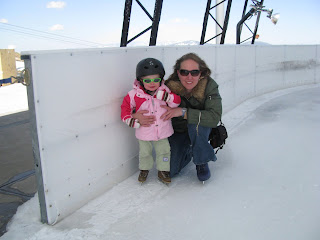 The next morning, my Dad and I "skinned" up to High Camp, a nice workout, only took us half the time we thought it would (pretty sure it's because we were climbing the groomed runs, not the usual deep backcountry snow). Cam took Reagan to the lake to play around on the rocks and then to the grocery store for the spaghetti dinner he offered to make that night. That afternoon, my Dad, Steven and I shopped in Tahoe City while Reagan and Cameron stayed back for her to nap and him to start the spaghetti sauce (more like stew) ... he outdid himself this time, it was the best sauce any of us have ever had!

While shopping, we needed a "hold-me-over" and entered what we thought was a cafe with all the little tables inside (paid no attention to the names of the shops we went to). Turns out it was a ceramic art store and since we were looking for a gift idea for Grandma Laurie, we ended up painting a butter dish for her from all of us. We had a ton of fun planning out the design, figuring out who would do which parts, making sure Cam got there in time with Reagan to add their own personal touches, and rushing to get it done so it would make it into the kiln that night before they closed. Stupidly, I didn't think to take a picture of the finished product the next afternoon, but we did get some work in progress pics: 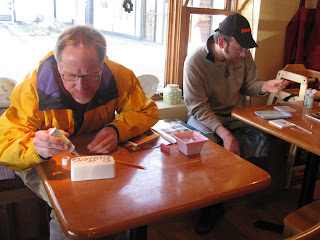 The last full day, my Dad, Steven and I skied Northstar. Cam was very generous to take the extra babysitting day and I'll be repaying him on the next hiking trip since he's dying to do real hikes again.
Posted by Camelot Blog at 9:17 PM No comments: 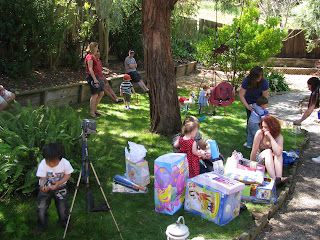 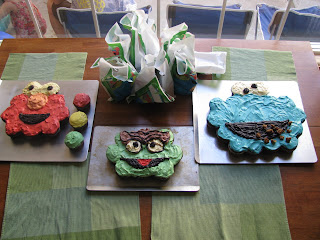 Playdoh station on the patio 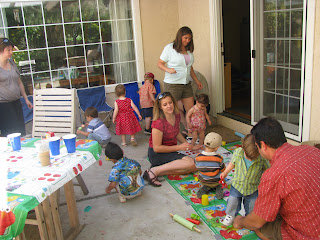 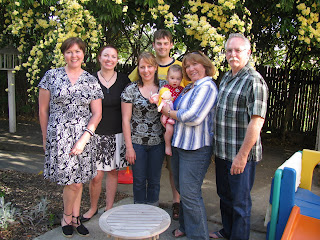 Posted by Camelot Blog at 6:03 PM No comments: