Summer Illinois Trip
At the end of June, Reagan and I spent 2 weeks in Illinois and Cam joined us the 2nd week. We spent a few days in Chicago at Rikki and Chris's house with them and Morgan, Cameron and David. 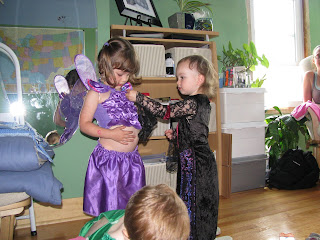 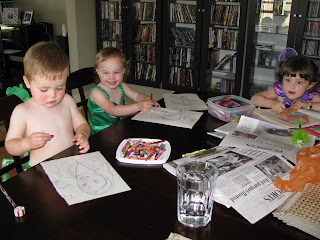 Then we took the train to Peoria and spent the rest of the time there. It was much more low key this year since we slept in only 3 different places (2 in the same city - both grandparents). This is opposed to last summer when we slept in 5 different places and changed locations 7 times (in 3 weeks instead of 2, but still ... ridiculous).
It was relaxing, just a lot of hanging out with family and friends ... sometimes in big groups, sometimes small. We celebrated my Grandparent's 60th wedding anniversary and rewrote the words to "You Are My Sunshine" to reflect their 60-year journey. My Mom and brothers and I sang it in 4 parts as a quartet - a quartet we should start touring with - cause damn, we sounded good! As my Mom says, it must be blood harmony. Next time we're all together, I'll have to get video of it and post it here :-)
Other than that, friends visited, I had a Lia Sophia jewelry party one night - can't get enough of that stuff, we went to the zoo one day, took Reagan mini-golfing, went to the bars one night with my younger brother Steven and friend Heidi (and felt old), and otherwise talked and ate, what we do best :-) ... like Avanti's gondola subs - the best ever, Bob Evan's turkey dinner, and my Dad's spaghetti followed by Doug's great idea to make a veggie - well mostly veggie - lasagna out of the meat sauce the next day. I almost felt like a real cook even though Doug was running the show and I wouldn't have had a clue without his help.
Reagan got a hole-in-one every time:
Posted by Camelot Blog at 2:41 PM