At the end of May, we took a quick trip to the mountains to catch the last couple flakes of snow since my family was going to be there. We were a bit scared of the long drive with Ryan hating the car and just barely being 3 months old (the turning point between babies being "complex-ily needy" and "settled" as our pediatrician puts it). We managed the 5.5 hr drive in 7.75 hrs on the way there and a record breaking 7 hrs on the way home! Could have been worse :-) It was great weather both days (until about 1pm when a quick hail storm would hit ... normal for the Sierra's) and there was actually more snow than we thought there would be.

All of us besides the 2 cousins (from left: me, Ryan, Cameron, Reagan, Laurie, Martin, Bethany, Danny, Alex, Trixie) 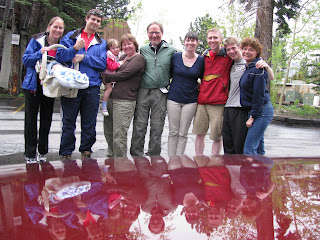 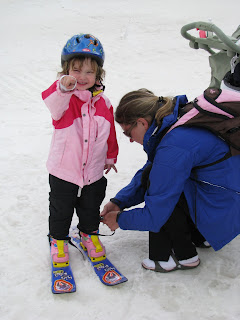 Feeding Ryan before I go Randonee (on a ski slope is a new one for me :-)) 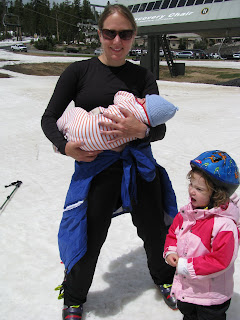 Cousin Faire & Uncle Danny off to climb up and ski down 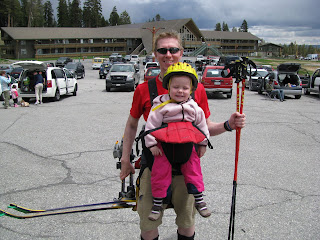 Long day on the slopes, Ryan? 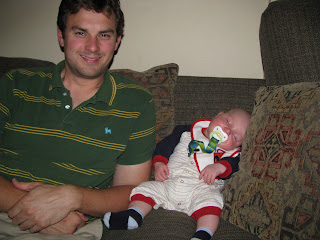 video of Reagan being instructed by Gpa Martin, Gma Laurie, and Daddy