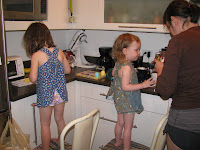 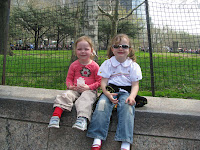 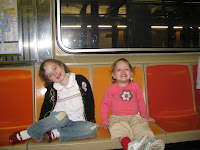 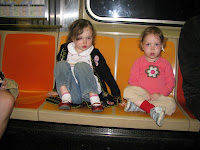 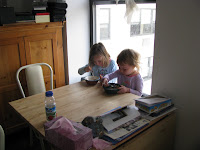 Second, my Central Park Skate w/Bee on Easter Sunday (followed by Danny and Cam's bike ride there) ... crowded but beautiful 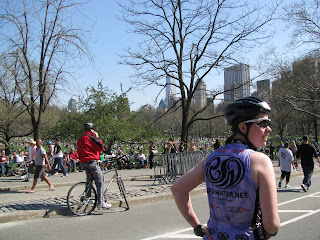 Third, sick kids
Both got eye infections & Ryan had nasal/ear as well. After plowing through our touristy day at the statue, we went to a great little pediatrician recommended by their pediatrician (since they didn't take non-patients). I made the appointment while waiting in line for the ferry. They both did fine and although it was world war 3 getting medicine into Ryan 3 TIMES A DAY, they both felt better the next day and never really missed a beat.
A little sickie resting with Daddy ... and his 5th limb, the iPod Touch :-) 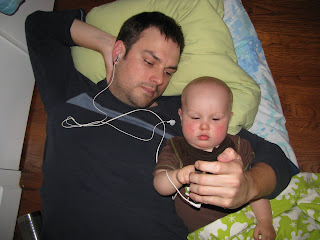 Fourth, diarreah
... from the antibiotics. yay :-) Ryan was having one blowout after the next (I've never rinsed poo from so many clothes before), but the *best* one was in a high chair during lunch on our last outing on the last day. It was everywhere ... after wiping out the high chair, we all squeezed into a tiny bathroom to strip him down. Borrowed a doggy bag for the clothes and took him back to the apartment in a diaper. Luckily, it was 80-90 degrees that day. The whole ordeal wiped him out, but he also developed a habit of falling asleep on Cam in the carrier with the drone of the subway. 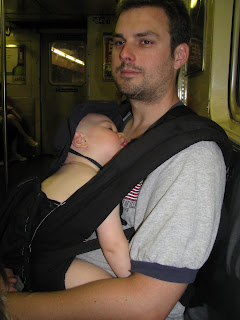 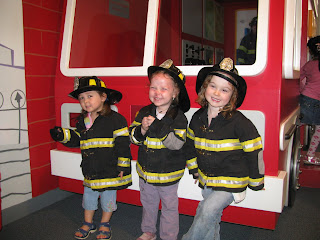 Sixth, Times Square, Bryant Park, and a visit to Yahoo, Inc of course
Ryan checks out the view from Yahoo offices 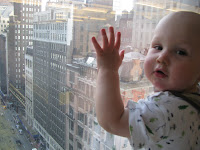 Cam makes it possible to walk 25 blocks to Central Park 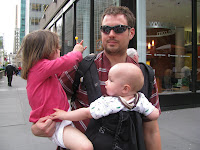 Me and Reagan in Central Park 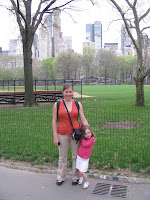 Seventh, the Natural History Museum
It was interesting for sure and tiring to cover all 4 floors, but we managed. Nice that it was a quick 10 min subway ride from D and B's apartment.

We tacked on a weekend in Chicago for Grady and Erin's wedding. Other than the wedding night when my parents and grandparents watched the kids, we stayed at Rikki and Chris's. Cam ended with a tacked on business trip and the kids and I stayed until Reagan's birthday and celebrated with her birthday buddy, David. We flew back home the same night as Cameron and met up at the airport within a half hour of each other... a surprise when I luckily decided to listen to voicemails after we landed (he wasn't suppose to arrive until next morning, but his meetings ended early and he caught the last flight out).
April 10th, reading w/Gma Laurie next to a snoozing Gpa Martin (who woke up later to take her to the pool, which she loved) 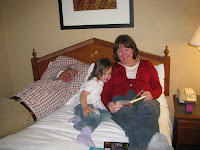 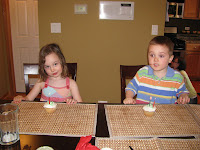