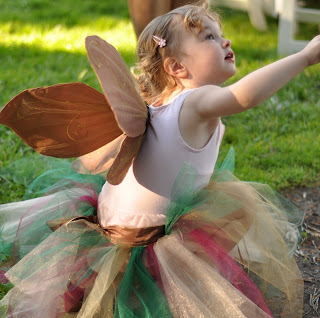 Reagan was one of 3 woodland fairy flower girls in cousin Kristen's (Cameron's 2nd cousin) wedding in June. Kristen made the skirts and wings herself and this picture was captured by one of Dan's (the groom's) friends - great pic! She was too nervous to walk the aisle - too many people focusing on her ... I relate, especially at her age. No big deal though since there were two other girls and we could still have her in the pictures. Well, with multiple people coaxing her to stand next to Kristen and pointing cameras at her, that didn't go much better. The best it got was standing nearby while avoiding all eyes and cameras no matter how much I reassured her and stood right nearby. 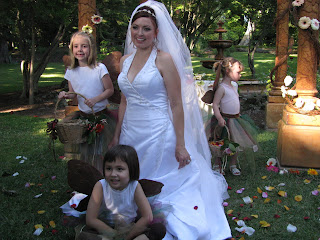 However, all she wanted to do at the reception was go over and talk to Kristen :-) ... 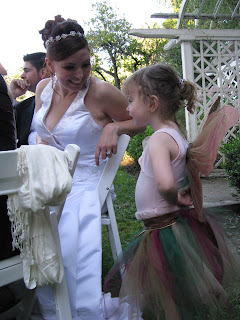 Here's Kathie and Jerry both walking Kristen down the aisle ... They all looked wonderful and the whole setting was just gorgeous! 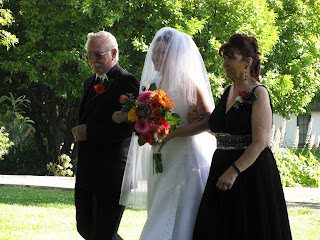 At the reception, Cam found the most fun spot to eat appetizers with Reagan. Like a little romantic date (in fact, it was a gazebo picnic where Dan proposed to Kristen!) 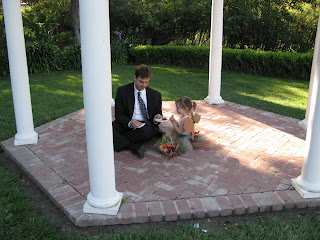