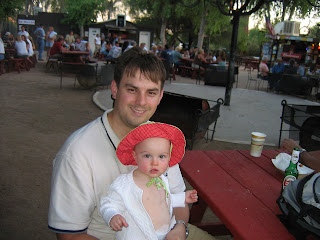 We went to a great little place with the Kirchhoff side of the family called Greasewood Flats out in the desert. Cowboys, Country Western Music, Burgers, Beer, Wine Coolers, Dirt, and Donkeys. Another late night for Reagan, but we all had fun.

Forgetting to change her diaper often enough happens to us at least once every vacation ... when a lot is happening and we're not on our normal schedule, we don't realize how many hours she's been in the same diaper. Of course, it happened the one day I forgot to pack a backup outfit! So, here she is in her diaper and a white sweater hangin' out with the cowboys in the dirt :-)

No babies are fallin' off this table! (with Carol, Leslie and Andrea) 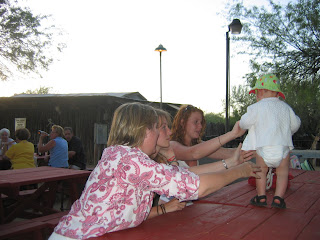 Just follow me, Grandma Connie. I know the way. (normal outfit before pee-out) 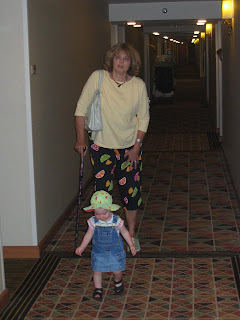 The next morning, bright and early, we headed home. Reagan's briefing herself on the safety card in the pocket on the seat back in front of her. "It says you have to put your mask on first, Mama!" 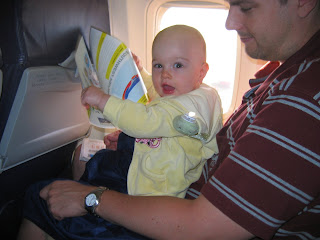